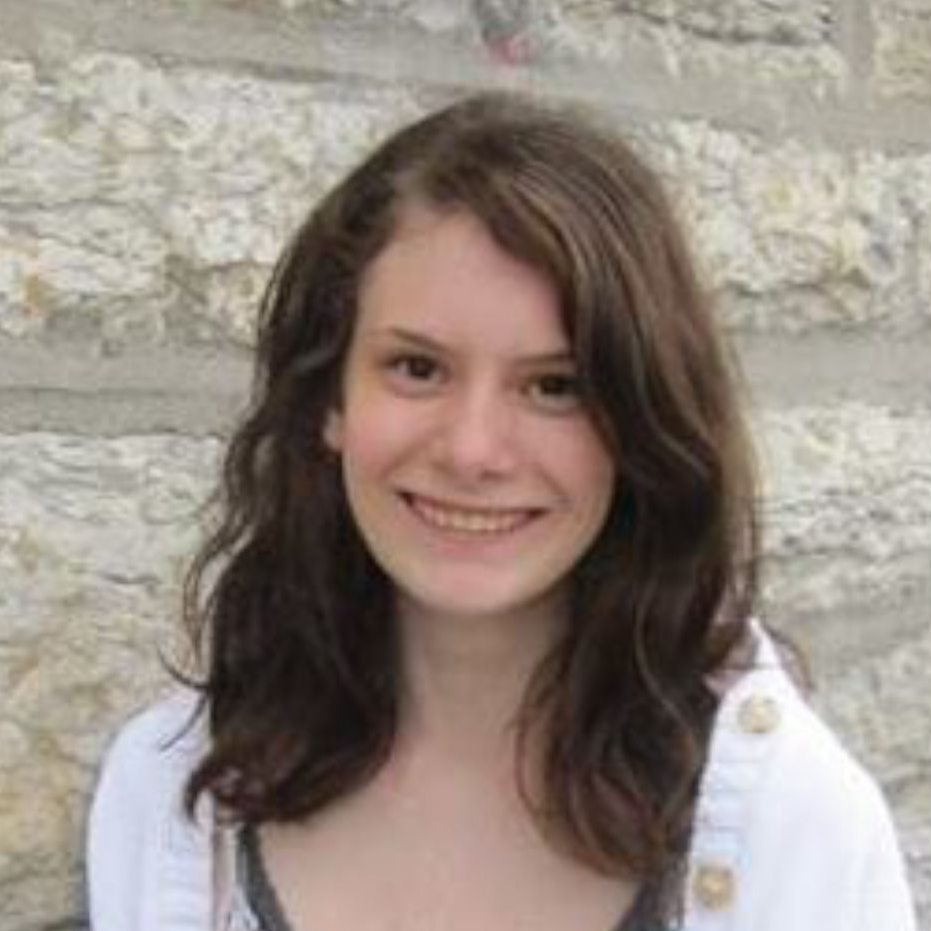 Attention in Bitcoin in 2021 has been glued to El Salvador making history as the first country in the world to adopt bitcoin as legal tender and bitcoin’s chronically fluctuating price. But behind the scenes, plenty of game-changing work is being done as well, such as developers working diligently to make Bitcoin a better payment system.

Bitcoin’s Lightning Network, which boosts Bitcoin payment’s speed and allows many, many more users the opportunity to send Bitcoin payments, is giving Bitcoin at least an inkling of a shot at mass adoption. And in 2021, as in every other year since the white paper was released in 2015, Lightning Network developers have been tinkering to make the technology more usable for more people.

Read the CoinDesk Research report: A Deep Dive Into Lightning as a Bitcoin Scaling Solution

With the help of this background grind, the network is swelling in use. The Lightning Network reeled in a record amount of bitcoin being used on the network. Twitter is even testing the technology to allow its users to send bitcoin tips to each other.

All that said, there’s still a lot of work to do to make the payment network easier to use, more secure and more private.

This is not an exhaustive list, since so much work is being poured into the technology, but here are a few key Lightning protocol developments that made headway this year.

This year, Lightning got a huge boost from the November activation of Taproot, the biggest change to Bitcoin in four years. Taproot’s addition of Schnorr signatures makes it possible to add new privacy improvements to Lightning.

But there’s still a lot of work ahead to make these privacy improvements a reality.

“While Taproot brings many privacy improvements to the table, there are a lot of other, unrelated updates to Lightning that are higher priority and orthogonal to it, and implementers are already struggling to find time to review and implement everything. Please be patient, Taproot is coming, but it will take time!” Lightning Network developer Bastien Teinturier writes.

That said, there are a few key ways Taproot can affect Lightning at various levels.

Bitcoin is abnormally transparent. All transactions are stored on a ledger, which anyone can easily browse through. Today, it’s generally easy to distinguish Lightning transactions from normal transactions, because the address format is a little different.

Taproot makes it possible (for the most part) to make Lightning transactions look indistinguishable from normal transactions, making it much less clear that the user is using the Lightning Network for their transactions.

Taproot could also pave the way for “Point Lock Time Contracts” (PTLCs). In short, the Lightning Network connects nodes from around the world, allowing payments to find a “path” across this network, hopping across several connected nodes. The beauty of PTLCs is they make it much harder for someone trying to trace a payment’s origin to link these various hops, shielding the path where a payment came from.

Even though there’s still a lot to do, it was a big step in 2021 to push Taproot through, making these changes possible.

One huge problem with the Lightning Network is inbound liquidity.

In order to receive money on Lightning, users need to either spend money first or find some other way of obtaining “inbound liquidity.” This is super confusing to newer users who just want to accept payments easily.

Developers have been cooking up different ways to make it easier to find and snag the required liquidity. In 2021, a number of tools emerged for dealing with this issue.

At the end of 2020, Lightning Labs introduced Pool, a marketplace for buying and selling this essential liquidity, giving developers a better interface for tracking it down. In 2021, Lightning Labs also unveiled “sidecar channels,” an easy way to also use the marketplace to help others get inbound liquidity easily – for a fee.

Without going into too much detail, the Lightning Network is composed of pathways called “channels” that are kind of like a bank account allowing users to send Lightning transactions. A Lightning channel is composed of two parties. Usually when such a channel is opened, only one side has funds. Dual-funded channels allow for both sides to add funds to the channel, opening up a way for both channel parties to be able to send and receive payments over the network immediately.

This year, Blockstream also introduced liquidity ads, which offer some of the same benefits as Lightning Labs’ Pool, but without a central middleman managing the infrastructure. Instead, liquidity ads bake in a way to advertise liquidity into the Lightning protocol. Nodes that are buying or selling liquidity can post advertisements that get relayed to the other nodes in the network in a decentralized marketplace.

Another proposal in the works for the Lightning Network is paying fees when “closing” a channel. A user has to set an initial closing fee when they open the channel. But Bitcoin fees can fluctuate wildly. So, the fee a user decides to pay today could be too big or small for a transaction that closes, say, a year from now.

“Anchor outputs” is a feature concocted to make it possible to bump up such a fee. The Lightning Network’s three leading code implementations LND, C-lightning and Eclair all implemented anchor outputs in some form in 2021.

But even anchor inputs don’t solve the whole problem of closing fees. When a Lightning Network’s closing transaction fee gets bumped up, there’s a possible security issue. By way of a fee-bumping technique known as “Child Pays For Parent” (CPFP), a so-called “child” transaction pays too little for a fee, and so a “parent” transaction spends the same coins as the child it’s referring to, bumping up the fee. There’s a possible issue where, even if users try to bump up the fee, nodes might ignore the transaction if the parent transaction’s fee is still too small. In that scenario, the fee is not successfully bumped up, meaning the transaction doesn’t go through as fast as the user needs it to.

Package relay, a project steered by Bitcoin Core contributor Gloria Zhao, offers a way to get around this problem by packaging the parent and child transactions together, ensuring that these fee-bumping transactions are not ignored. The feature made a lot of progress this year, though it is not yet fully merged into the code base.

The way Lightning payments are usually accepted is with an invoice – usually in the form of a QR code, the square-shaped barcode that can be scanned with a phone. It outlines the payment destination and amount of BTC to send. However, this invoice can be used only once. Thus, every time you want to receive a new Lightning transaction, you need to generate a new invoice. .

This is a different transaction flow than the one users experience on Bitcoin’s main chain, where they can post a static Bitcoin address to collect donations, for example. (Note: Address reuse is generally discouraged for privacy-related reasons.)

For the last couple of years, the ad hoc standard LNURL has offered a way around this issue so that a user could accept multiple payments using the same Lightning invoice.

But this year another proposal gained steam . It’s known as “offers,” championed by Blockstream Lightning developer Rusty Russell and standardized in BOLT 12. Developers disagree whether offers or LNURL is a better solution. One reason Russell is pushing for offers is that it potentially offers better privacy.

The proposal has gathered a lot of support. In addition to allowing multiple payments to the same address or QR code, offers will introduce a way to send recurring payments over the Lightning Network, such as a monthly payment to Netflix.

“[Offers] has seen a lot of progress and is a great improvement for the payment UX (user experience). I’m hoping that it will start being deployed in early 2022,” Teinturier told CoinDesk.

C-lightning offers experimental support of offers. The project still needs to be standardized across the different Lightning implementations.

In short, a Lightning payment needs to bounce across multiple nodes in order to reach its destination, such as a merchant who accepts Lightning payments for a cup of coffee. Because these hops have some privacy built in, the balance distribution of the channels is hidden. Therefore, it can be tricky to find a path that has enough capacity in it to support the payment all the way – especially for larger payments. The average Lightning channel capacity is currently around $2,033, meaning if you want to send payments above that amount, it will be more difficult to find a consistent path across the network.

Today, the algorithm in Lightning focuses on finding the cheapest route for the user in terms of fees. But while this is good from the perspective of finding cheap channels, it’s more likely to pick a path that fails. Pickhardt and Richter take another approach: They look at the probability a payment will succeed based on the size of the channels in the path, while also considering the cheapest options in terms of fees.

C-lightning has implemented an experimental first version of the new routing mechanism, which has successfully routed payments more reliably, as the authors of the paper hypothesized.

Sign up for Crypto for Advisors, our weekly newsletter defining crypto, digital assets and the future of finance.

Crypto Update | Privacy-Enabled Crypto Applications Are Coming for Enterprise, but Not Overnight